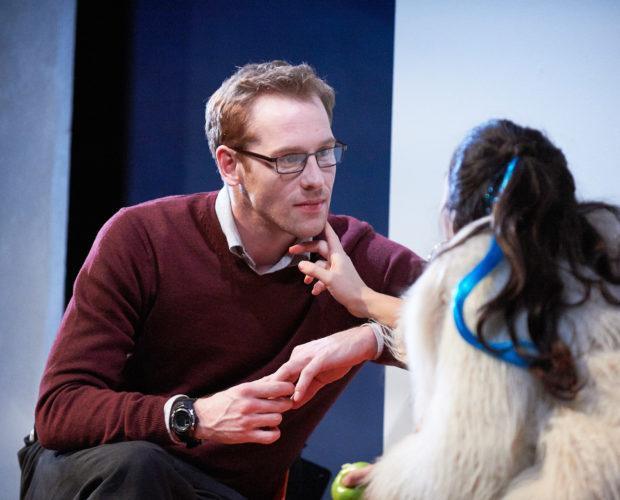 Closer is the play that made Marber’s name as “the finest dramatist of his generation” and won him the Laurence Olivier and New York Drama Critics’ Circle Awards. It was filmed in 2004 starring Julia Roberts, Jude Law, Clive Owen and Natalie Portman.

In Closer, Patrick Marber has created a brilliant exploration into the anatomy of modern romance, where a quartet of strangers meet, fall in love, and become caught up in a web of sexual desire and betrayal. It’s being hailed as one of the best plays of the nineties, exposing the pain that comes with the territory of love.

Closer is a melancholy piece but it is also laugh-out-loud funny, often, as in the very best drama, at moments of starkest pain. – The Guardian

Patrick Marber’s searing follow-up to Dealer’s Choice establishes him as the leading playwright of his generation. – Independent on Sunday

In Closer, Marber has written one of the best plays of sexual politics: it is right up there with Williams’ Streetcar, Mamet’s Oleanna, Albee’s Virginia Woolf, Pinter’s Old Times and Hare’s Skylight. – The Sunday Times