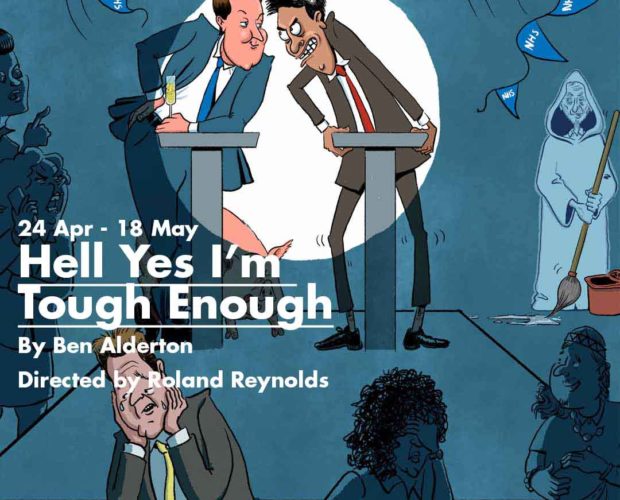 Political leaders Ned Contraband and David Carter ruthlessly battle it out to get into government. Whether it’s propaganda, ridicule, hacking, leaking, bullying, blackmail, coalition or negotiation – no tactic is too low.

Which party has the best pitch? Who do we set up for failure? Why are we in this situation in the first place? And who is this peculiar janitor talking in riddles? One thing is clear: the system is very much broken. But who’s going to fix it?

Hell Yes I’m Tough Enough is a political satire by Fragen Theatre Company taking a tongue-in-cheek look at the unjust, corrupt and farcical pantomime that is British Politics.

A relentless, fast-paced, hysterical, crude, offensive, passionate, visceral and oh so British comedy that will leave you wanting to grab a placard and take to the streets!

‘Excellent performances from a talented cast’ The Spy In The Stalls